The algorithms for creating and manipulating sound by electronic or digital means have grown in number and complexity since the creation of the first analog synthesizers. The techniques for visualizing these synthesis models have not increasingly grown with synthesizers, neither in hardware nor in software. In this paper, the possibilities to graphically represent and control timbre are presented, based on displaying the parameters involved in its synthesis model. A very simple data set was extracted from a commercial subtractive synthesizer and analyzed in two different approaches, dimensionality reduction and abstract data visualization. The results of these two different approaches were used as leads to design a synthesizer prototype: the Spectron synthesizer. This prototype uses an Amplitude vs. Frequency graphic as it´s main interface to give information about the timbre and to interact with it, it´s control offers a simplification in the amount of variables of a classic oscillator and expands its possibilities to generate additional timbre. 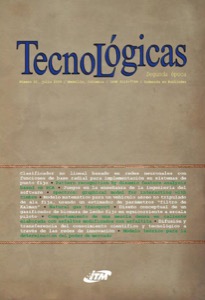